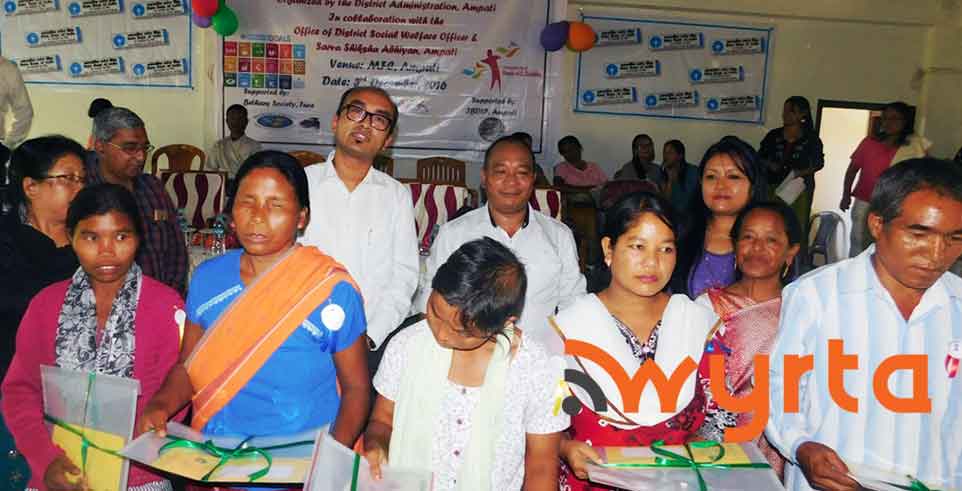 Ampati: As part of the celebration of International Day for Persons with Disabilities, five PWDs from South West Garo Hills, who had completed skill development training in various trades like knitting, tailoring and cane & bamboo crafts, were given a loan sanction under Pradhan Mantri MUDRA Yojana (PMMY) at an impressive function organized by the District Social Welfare Office, in collaboration with the District Administration, Sarva Shiksha Yojana and Bethany Society at Ampati MFC on Friday.

A large number of PWDs from across the district along with their family members, NGOs and district officials participated in the celebration under the theme “Achieving 17 goals for the Future We Want”.

The Micro Units Development & Refinance Agency or MUDRA loans were sanctioned by State Bank of India to PWDs to start small scale units so that they can become self reliant and self dependent and skill development training for these PWDs were given by Bethany Society under IBDLP.

Participating in the celebration as the chief guest, Salmanpara Legislator, W.D. Sangma said that the celebration brings all the PWDs at par with all other citizens, ensuring equal delivery of services and facilities to them. He however reminded the gathering that it was also a day to relook and re-sensitize ourselves on the status of PWDs so that all government machineries and NGOs concerned can work more effectively as we move forward to give them a better future. He also informed the PWDs that the Government together with the NGOs would be opening special school within the district to enable them to go for higher education without leaving their homes and also specially-designed programmes would be started for the PWDs to take up entrepreneurship and become self-reliant. 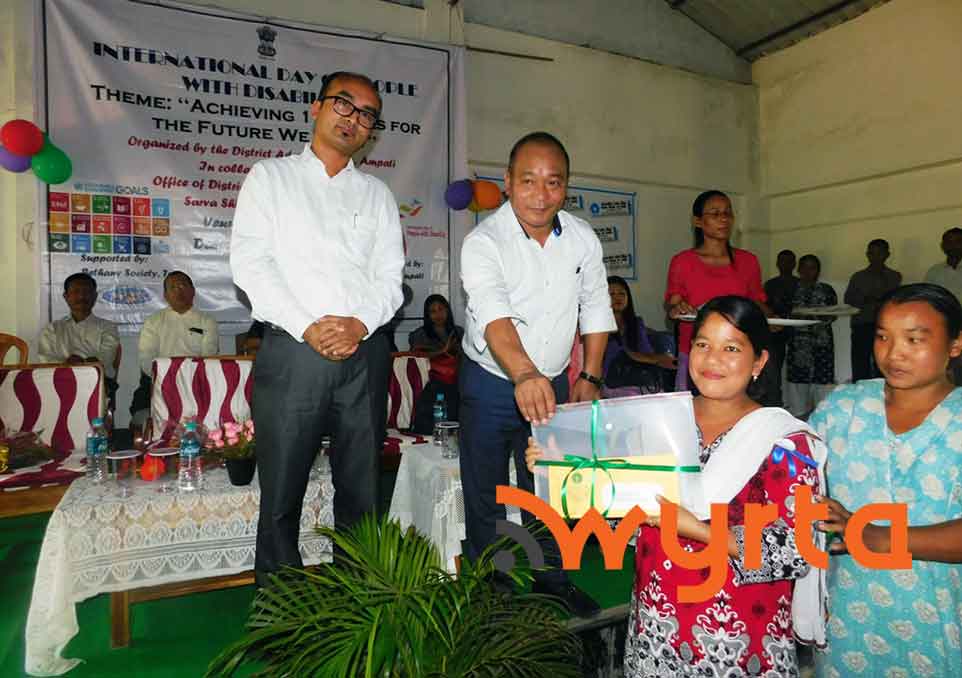 He also expressed his happiness to note that the District Election Office in its efforts to ensure that no one is left out from the electoral roll by setting up a special booth to enroll the PWDs who have attained 18 years of age on the occasion. It may be mentioned that 11 PWDs were enrolled in the electoral registration roll even before the start of the celebration.

Deputy Commissioner, CVD Diengdoh, said that the International Day for PWDs was a day of celebrating their unique talents and specialities. Deliberating on the theme of the celebration – the 17 sustainable development goals adopted by the United Nations, he said it was the mandate of the Government to make all its programmes inclusive to ensure that no person is left out of its framework. He also requested all the parents of PWDs who have not been enrolled in the electoral roll to get their names registered adding that more special booths would be set up to facilitate their enrolment.

Earlier in the morning, various games and sports were also organized for the PWDs as part of the celebration and prizes were distributed to the winners by the dignitaries present. All PWDs were also presented with gifts and mementoes on the occasion. 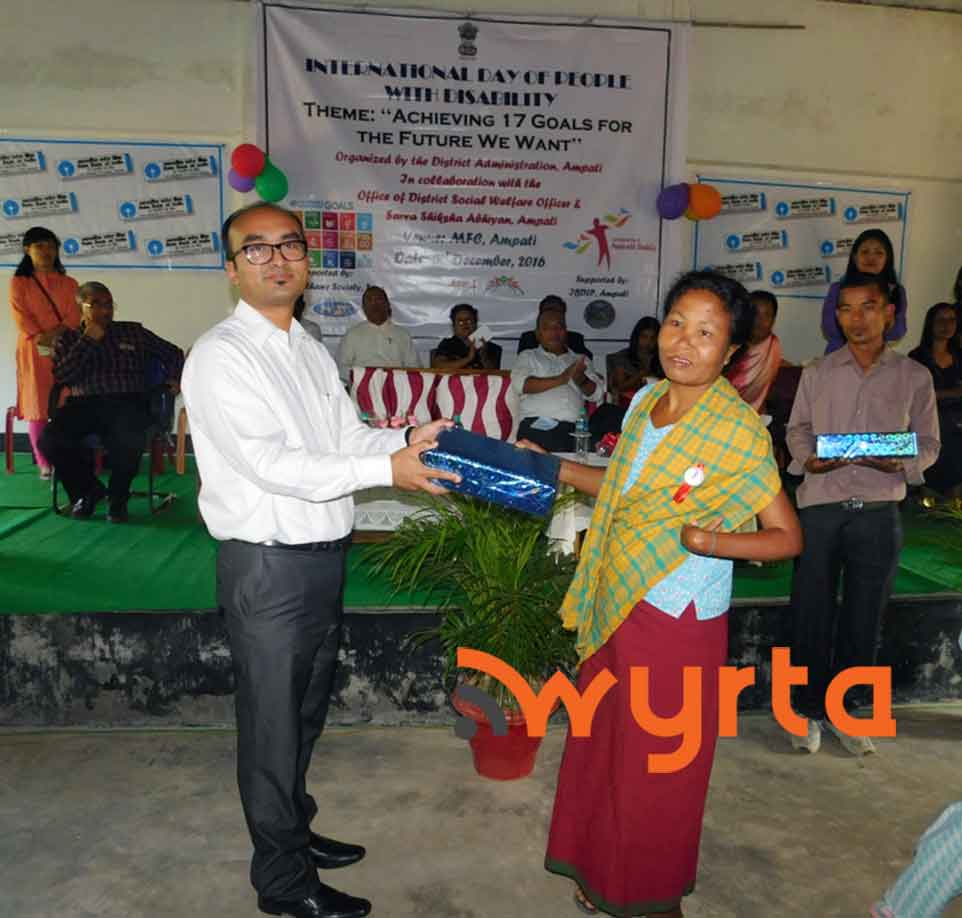 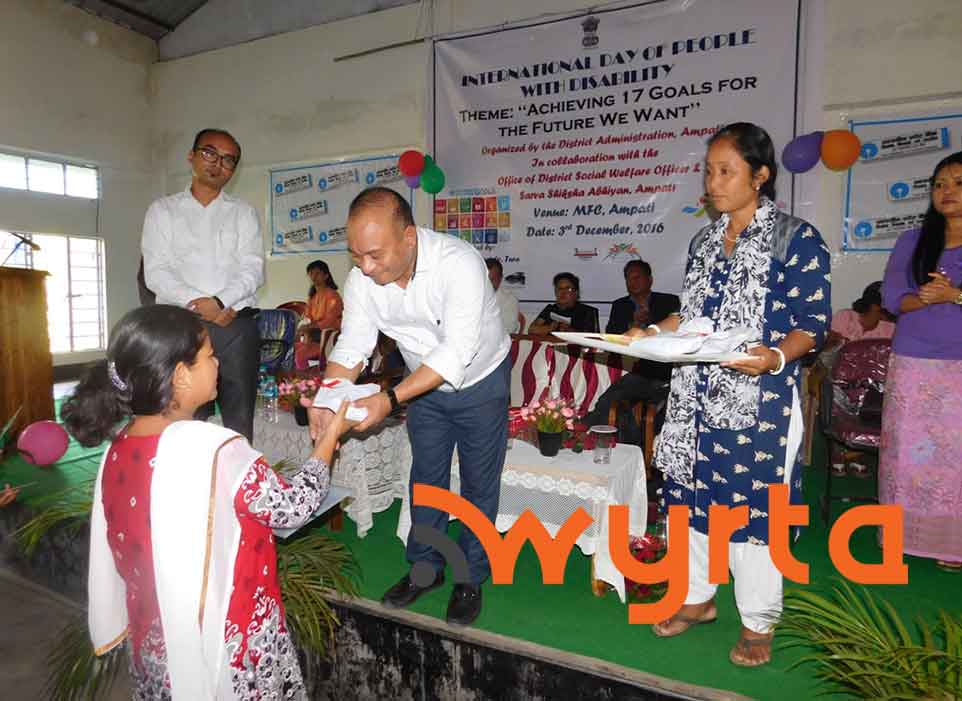