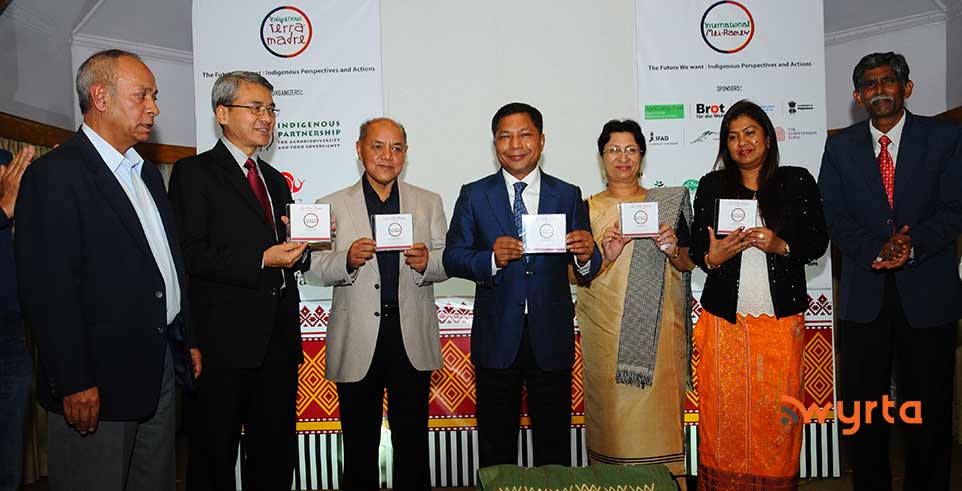 Speaking at the launch of the theme song “Ko Mei-Ramew, the Chief Minister, Dr Mukul M Sangma said that the event is a necessary investment to create opportunities for the people on a sustainable basis. He said that every community has tried to leverage on the culinary expertise and the event will help to leverage upon the indigenous ingredients and exclusive delicacies thereby creating a chain of economic activities to benefit all the stakeholders.

Dr Sangma also stated that the event will open up lots of opportunities that will be in sync with the objectives of International Terra Madre and will bring people together and create positive story for the state and the North Eastern region in general.

Ko Mei Ramew, the theme song, has been composed by various musicians from Meghalaya. The song itself speaks for the indigenous people who will be gathering for the global event from 3rd Nov to 7th Nov in Shillong. Centered on the theme of ITM 2015, “The Future We Want: Indigenous perspectives and actions, the song sings of mother earth or Mei Ramew and the connection that the indigenous people have with her. The song speaks of land, agriculture, harvest, food, traditions and celebrations. The song is a cumulative effort of well known lyricists, musicians and singers of Meghalaya. The rhythms, tunes and traditional shouts in the song are all derived  from Meghalaya and other states of North East.

The launch of the theme song was followed by the presentation by the NESFAS Cooks Alliance which was the first tasting of the ITM 2015 indigenous menu. Rural and urban cooks shared their indigenous flavours and tastes. These tastes have been developed through the unique alliance and have been worked upon on the Mei Ramew Café in the villages of Meghalaya. Kong Plantina from Khweng, Ri Bhoi District, one of the 15 cooks who prepared the dishes, shared her experience with the Alliance that has also led to the capacity building of many other rural cooks. She gave an insight into the local flavors in the indigenous dishes.

Chef  Joel Basumatry of Nagaland shared his journey with the Cooks Alliance while Chef Leoni Rynjah gave the background of the Cooks Alliance and the evenings presentation that showcased the flavours and agro biodiversity of the rich tribal heritage of Meghalaya. The Garo palette included an array of interesting array of ingredients from the lemon basil to Citrus Indiaca, the citrus from the Nokrek Biosphere reserve in Garo Hills having been the ancestor to the global varieties of lemon, oranges and other citrus fruits. 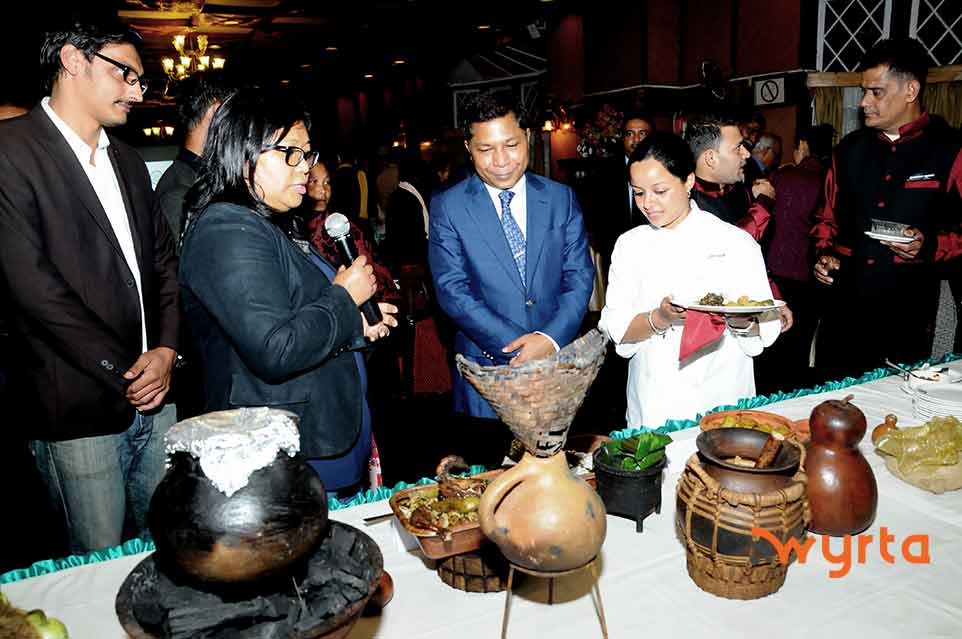 Earlier, Chief Secretary, P B O Warjri shared the significance of ITM 2015 for the state and indigenous people while Phrang Roy, Coordinator, The Indigenous Partnership & Chairman, NESFAS shared the journey of ITM 2015. Dr Carl Rangad, ITM 2015, Expeditor introduced the ITM 2015 theme song, its process and significance to the event and Kit Shangpliang, Musician and the Principal Coordinator for the theme song shared the making of Ko Mei Ramew who also gave a synopsis of the song. (MIPR)

You can listen to the theme song here.