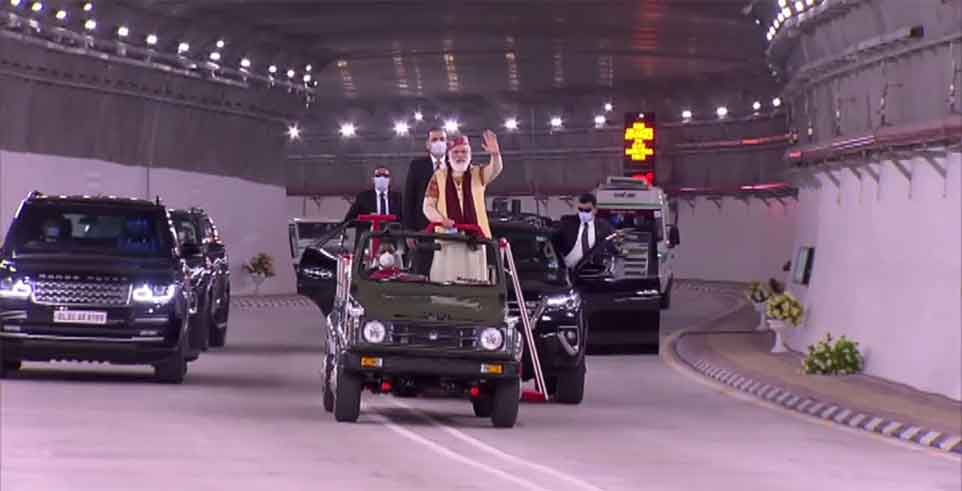 The 9.02 Km long tunnel connects Manali to Lahaul-Spiti valley throughout the year. Earlier the valley was cut off for about 6 months each year owing to heavy snowfall.

The Tunnel is built with ultra-modern specifications in the Pir Panjal range of Himalayas at an altitude of 3000 Mtrs (10,000 Feet) from the Mean Sea Level (MSL).

The tunnel reduces the road distance by 46 Kms between Manali and Leh and the time by about 4 to 5 hours.

It has state of the art electromechanical systems including semi transverse ventilation, SCADA controlled fire fighting, illumination and monitoring systems. The Tunnel has ample safety features built into it.

Prime Minister Shri Modi travelled in the tunnel from the South Portal to the North Portal and also visited the emergency egress tunnel that was built into the main tunnel itself. He also witnessed a pictorial exhibition on “The Making of Atal Tunnel” on the occasion.

In his address, the Prime Minister termed the day as historic as it only fructifies the vision of the former Prime Minister Atal Behari Vajpayee but also the decades old wish and dream of crores of people from the region.

He said Atal Tunnel is going to be a lifeline for a large part of Himachal Pradesh as well as the new Union Territory of Leh-Ladakh and would reduce the distance between Manali and Keylong by 3-4 hours.

He added that now parts of ​​Himachal Pradesh and Leh-Ladakh will always be connected with the rest of the country and would witness speedier economic progress.

He said farmers, horticulturalists and youth will now also have easy access to the capital of Delhi and other markets.

The Prime Minister said that such border connectivity projects will also aid the security forces in ensuring regular supplies to them and also in their patrolling.

The Prime Minister lauded the efforts of the engineers, technicians  and workers who risked their lives in making this dream come true.

He said Atal Tunnel is also going to give new strength to India’s border infrastructure and would be a living proof of world-class border connectivity. He said despite the longstanding demand to improve the infrastructure and overall development of the border areas, plans were made only to languish for decades without any progress.

The Prime Minister said Atal ji laid the foundation of the approach road for this tunnel in 2002. He said after Atal ji’s government, the work was so neglected that only 1300 metres i.e less than 1.5 Kms of tunnel could be built till 2013-14 i.e only about 300 metres each year.

Experts then explained that if it continued at that pace then the tunnel would be completed only in 2040.

The Prime Minister said that the Government then fast tracked the project and the construction went on at a speed of 1400 metres each year. He said the project could be completed in 6 years where the estimate was 26 years.

He said infrastructure should be developed at a fast pace when the country needs to progress economically and socially. Shri Modi said this needs unflinching political will and commitment for the progress of the nation.

He said the delay in the completion of such important and major infrastructure projects causes financial losses and deprives people of economic and social benefits,

He said in 2005, the estimated cost for the construction of the tunnel was about Rs. 900 crores. But due to continuous delays, today it has been completed after spending more than 3 times i.e. 3200 crore rupees.

The Prime Minister said many important projects were meted out the same treatment as the Atal Tunnel.

He said work on the Bogibeel Bridge also started during Atal ji’s government but work on it languished later. The Bridge provides key connectivity between Arunachal and the North East region. He said the work gained unprecedented momentum after 2014 and was inaugurated about two years ago on the occasion of Atal ji’s birthday.

He said Atal ji also laid the foundation stone of Kosi Mahasetu to connect two major regions of Mithilanchal in Bihar. After 2014, the Government expedited the work of Kosi Mahasetu and the bridge was inaugurated a few weeks ago.

The Prime Minister said the situation now changed and in the last six years the border infrastructure – be it roads, bridges or tunnels- is being developed with full impetus and great speed.

The Prime Minister said taking care of the needs of the security forces of the country is one of the highest priorities of the government. But this was also compromised earlier and the interests of the country’s defence forces were compromised.

He listed many initiatives of the Government to take care of the needs of the defence forces like implementation of One rank One pension scheme, procurement of a modern fighter plane, procurement of ammunition, modern rifles, bulletproof jackets, harsh winter equipment which were laid on hold by the previous Government. He said governments earlier did not have the political will to do so and said this situation is changing in the country today.

The Prime Minister said major reforms such as relaxation of FDI in Defence manufacture have been made so as to produce modern weapons and ammunition in the country itself.

The Prime Minister said reforms were initiated in the form of creation of the post of Chief of Defence Staff and establishing a better coordination in both procurement and production as per the requirements of the Defence forces.

He added that to match the rising global stature of India, the country has to improve its infrastructure, its economic and strategic potential at the same speed.

The Prime Minister said the Atal Tunnel is a shining example of the country’s resolve to become AatmaNirbhar (Self Reliant). 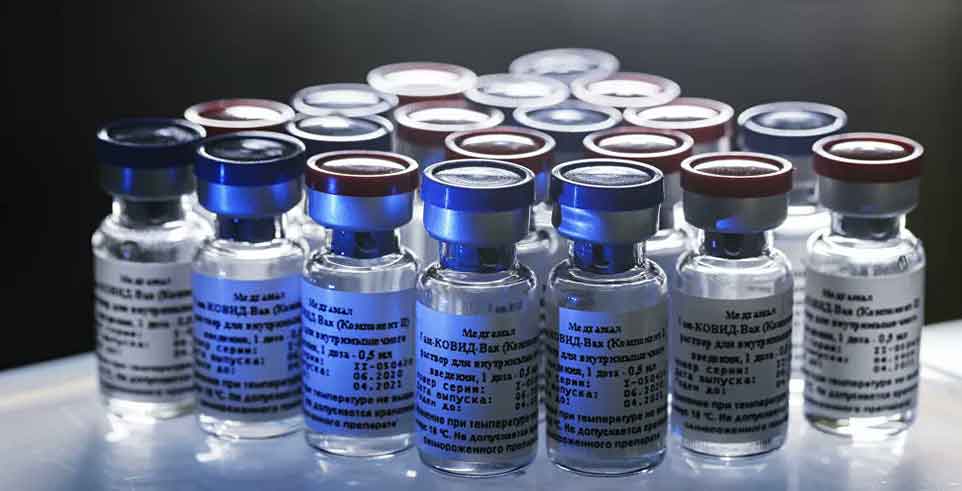 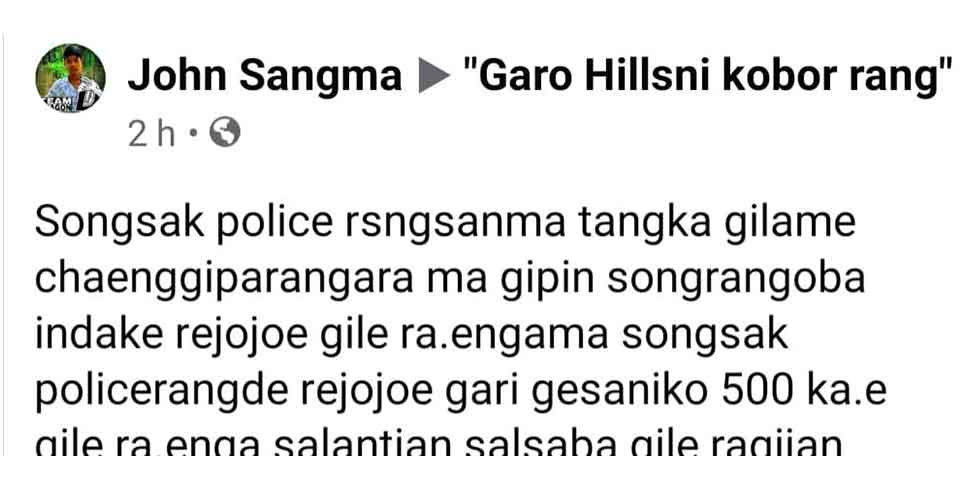